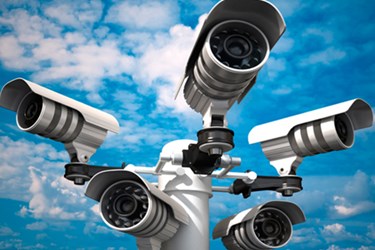 Our lives — at work and play — revolve around computer networks. And in retail, most of the technologies we use are IP-based and connect to, or through, the network: VOIP/telephony, WiFi, cell phones, conferencing, control signals, access control, CCTV, etc. And that’s not to mention the impact of cloud computing on our daily routines. Everything lives through “the network.”

Well, not quite everything. At least not up until now.

The sole holdout to the IP conversion has been audio/video — or, more precisely, video. Video requires more bandwidth than standard networks can handle smoothly. And the higher the video resolution, the more it can hamstring most networks.

So in settings where video is extensively used, such as digital signage or other retail video applications, AV has been relegated to its own dedicated infrastructure of specialized cables and hardware.

But times change and with that comes improved technology. And the case for using IP networks to distribute AV signals has never been more convincing, both in terms of cost and convenience:

However, while these advantages have, in theory, existed for some time, the challenges that have prevented the adoption of AV over IP, namely bandwidth and image quality, latency, and signal synchronization, still needed to be addressed.

And now they have been.

Because companies have become far more receptive to network-centric approaches, networks have been improved to meet the demand. Networks are now faster and far more robust than they used to be.

Although network bandwidth isn’t the concern it used to be for most of our network traffic, when we’re distributing dozens — maybe even hundreds — of streams of audio, video and control, it all adds up quickly and can overwhelm the network.

To alleviate this network congestion, the industry has developed visually lossless compression standards — namely, H.264 and H.265 — that are being employed by network operators and incorporated by component manufacturers to ensure the integrity and sustainability of the infrastructure, as well as the interoperability of any components added to the system.

For example, H.264 streams 2K video files at approximately 8MB and 4K at 16MB, with a latency as low as 58 milliseconds; meanwhile, H.265 goes even further, cutting those bandwidth numbers by half with latency measured as low as 100 milliseconds. And most major manufacturers now offer protocols to ensure signal synchronization.

The shift to IP-based distribution has been a long time coming, and resistance has been natural. After all, this is an infrastructure issue with potentially significant ramifications should someone make the wrong choice. However, the wrong choice now would be not to embrace this change. The right move is to invest in an infrastructure that will not only live up to future demands, but create new revenue opportunities and better user experiences, as well.

The technology is here. Major commercial AV manufacturers with a history of stability and a reputation for quality products have committed to this future and to improving the technology further. There is no longer a reason to give pause. AV over IP is an innovative retail technology whose time has come.