Startups – From Gamble To Sure Thing 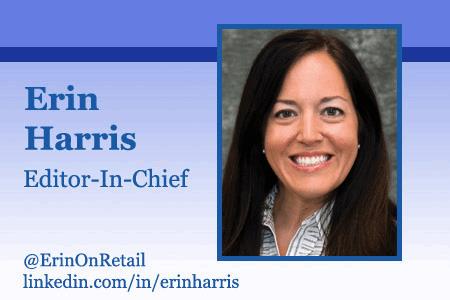 Remember when retailers were leery of partnering with startups for fear the technology was half-baked or would not deliver a reasonable ROI? Remember when the fail fast, fail cheap mentality was only for green, starry-eyed retailers grasping at straws in an effort to compete for wallet share? Rest assured, those days are over.

Startups aren’t just for new retailers willing to take chances on high-risk, high-reward technologies. Here’s why. Savvy, early-stage tech companies are partnering with startup accelerators, which recognize and foster the companies’ worth. Often, a consortium of retailers and venture capitalists are involved to coach and mentor tech entrepreneurs for what results in a symbiotic go-to-market opportunity. Further, these technologies aren’t always half-baked. Many of them never were. And in today’s customer-engagement race, seasoned retailers have come to understand the value and opportunity startups offer.

Indeed, Walmart, Target, and more are partnering with early-stage technology companies in order to improve the customer experience. Walmart’s Store No. 8, its technology-startup incubator located in Silicon Valley, will identify changes that reshape the retail experience. Marc Lore, CEO of Walmart’s e-commerce operations, announced Walmart’s Store No. 8 at Shop- Talk in March, and while it’s a forward-thinking endeavor, it’s also a sign of the times. Store No. 8 will focus on technologies such as machine learning, artificial intelligence (AI), virtual and augmented reality, robotics, autonomous vehicle and drone delivery, and personalized shopping. Expect to see the best and brightest tech entrepreneurs setting up shop there.

Target has also recently been ramping up its acquisitions with its so-called aquihires that are bolstering the retailer’s ability to accelerate the onboarding of talent and technologies to market. Target Open House, located in San Francisco, is a place to experiment with and purchase products, learn about possibilities in technology, and connect with creators. In the evening, Open House turns into an event space, hosting discussions, presentations, and collaborations. Inside Open House sits The Garage, aptly named as it’s a take on the average garage — the place where big thinkers develop big things. Each month, The Garage features consumer products or prototypes, and users are able to share their thoughts with the creators. The Garage is an accelerator program in its own right that allows consumers to drive feedback on various next-gen tech that they themselves can purchase and use.

"In today’s customer-engagement race, seasoned retailers have come to understand the value and opportunity startups offer."

Turn To Startups For Voice, AI, And More
For years, retailers, regardless of size, have known they need to improve certain aspects of the business. For example, retailers must have a consistent cart across devices, which is not easy because the consumer is not always logged in. As IoT adoption continues to progress, security measures are critical. Checkout needs an overhaul or a refresh at the very least. AI will work its way into every facet of retail. Not only do retailers need a mobile strategy, they also need an AI strategy. Retailers should capitalize on and integrate the voice-based operating system consumers have come to love. I could go on for another three pages listing the focus areas, but you get the point that the list is seemingly endless. Top-tiered retailers have skin in the startup game, as they’re in need of outsourced R&D. And when it comes to partnering with startups, SMRs, arguably, stand the best chance of success to compete with large retailers. Startups can deliver the new technologies that help SMRs compete in an evolved retail landscape.

Retailers need more than just a platform strategy; they need an entire ecosystem approach. Startups aren’t the gamble retailers think they are. Whether you’re a big brand homing in on your short- and long-term business strategies, or an SMR outlining new ways to compete, partnerships with startups should be a key component of the mission.