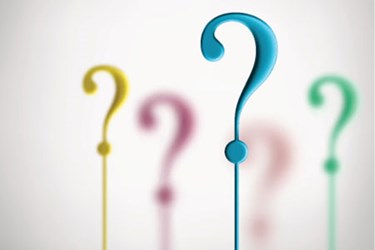 By Justin Patton, Director of the Auburn University RFID Lab

Ask most retail store employees today what’s the most high-tech equipment they use in their jobs on a regular basis and they’ll probably tell you it’s their handheld barcode scanner; technology widely adopted and reliably deployed since 1982 — the same year the Commodore 64 was released. This is not an industry that quickly embraces new gadgets.

To be fair, brick and mortar isn’t allergic to technology, but fixated on process. New problems are often tackled by tweaking store labor and process changes rather than providing new tools. With thin margins, reliable traditional layouts, and sprawling infrastructure across hundreds or thousands of locations, it’s easy to see how costs can get out of hand quickly with even relatively small, new tech additions. In retail, tech is often boiled down to its absolute minimal viable product to keep costs manageable.

In a memorable cross-industry exchange at a recent board meeting, we were discussing the size of the retail RFID market and the cost per tag. There were roughly 7 billion tagged items this year, and there is intense pressure to shave even tenths of cents from tags sold in the 5- to 7-cent price range. One of our aviation partners was listening, and a retailer casually asked how much they pay for the same RFID tags. When the aviation representative replied that they’d like to get the price down to a dollar each, the retailers were shocked.

There is no fat in retail technology. For years, we’ve watched online videos of innovative robots executing backflips or running around carrying heavy loads, but many of the retail robots that finally hit stores this year look like they could have rolled off a 1960s set from “Lost in Space.” Minimalism in design, and intense minimalism in cost.

There Is No One Technology To Rule Them All

No one is going to heavily invest in a single new technology for retail. It’s too expensive and too risky, and in today’s retail corporate culture, executives and investors don’t have the stomach for long-term infrastructure investments that pay off in years rather than quarters. As the more forward-thinking retailers will tell you: It’s not about finding a silver bullet technology, it’s about tying together the strengths of many smaller, less expensive systems for maximum impact. It’s about making the most out of what you’ve got, which turns out to be quite a bit more than what you may realize.

Today, many retailers have people counters at the entrances, Wi-Fi access points throughout the stores, camera systems monitoring inventory and traffic, inventory systems like RFID, and planogram compliance through cameras and computer vision. Most of these systems were designed with a single primary use in mind, and certainly weren’t intended to communicate with the others alongside them. But why can’t they?

Computer vision is outstanding at identifying an SKU and precisely locating an item, but helpless at inventory counting and hopeless at serialization. RFID is great at counting and serialization, but struggles mightily with location and needs help with verification, especially at POS. Instead of trying to force these systems individually to cover for their own weaknesses, why not just put the peanut butter and jelly together and make a sandwich? The hardware is there, let’s just get it talking.

Similarly, integrated systems can help with customer tracking and loss prevention. If we can identify a customer path with BLE or Wi-Fi, and identify what items they picked up with camera systems, can’t we start merging these technologies to help reclassify some of the mystery “shrink” with ordinary “theft?” Retailers need to know what shoplifters took right away, if not to catch them, then to know what’s missing so they can restock it for the next customer to buy.

There are some retail technology providers like Zebra, Tyco, Checkpoint, Mojix, and Intel that really get it and are starting to put the pieces of the puzzle together. The stores of the future will be filled with these solutions, quietly processing billions of asymmetrical data points from hundreds of parallel sensors in each store or warehouse per day to tell the larger, more important story of the events that happened there. Now, retailers have the flexibility to quickly add and adopt new sensors as they become available, and to merge the strengths and weaknesses of all the tools at our disposal, regardless of whether they were initially only intended to operate alone. Minimal, and cheap.

Research has shown that — especially in the U.S. — brick and mortar is dangerously over-exposed. As PwC recently reported, the U.S. has about 23.6 sq./ft. of retail space per person — more than twice that of Australia. More than five times that of the UK.

Trends have shown the market is correcting this discrepancy with a quickness and the old, big retail rules no longer apply. Retailers cannot hide behind inventory safety margins by overstocking anymore. They cannot leverage large footprints to cover up shoddy inventory accuracy. The giant layout that was an advantage in the past is now a looming liability.

The tech-nimble retailers are learning to leverage all of their sensor systems to precisely correct their accuracy, locate their product, and cater to their customers with smart layouts. They will survive and thrive, and we’re already seeing this with the majority of agile sensor fusion retail programs clustering around the front of the top-performing U.S. retailer lists. The behemoths who still believe bloated volume is a viable strategy, trying to somehow make it relevant again through gimmicky consumer app development, will not.

Sensor fusion stores are slim, trim, open, and easy to shop. They’re accurate, with an adaptable complement of cheap sensor systems driving the data. And like the only retail technologies that have ever succeeded in brick and mortar, they’re minimalist and low cost.

Justin Patton serves as director of the Auburn University RFID Lab, which specializes in the business case and technical implementation of radio frequency identification technology in retail, supply chain and manufacturing settings. Founded at the University of Arkansas in 2005, the lab moved to Auburn University in 2014 and continues to work with retail, technology, manufacturing and supply chain leaders. Patton, who earned a bachelor’s degree in physics from Hendrix College and a master’s in computer engineering from the University of Arkansas, has served as the director of the RFID Lab since its formation. The Auburn RFID Lab draws on the expertise of faculty in the Raymond J. Harbert College of Business, Samuel Ginn College of Engineering, and College of Human Sciences, among others.